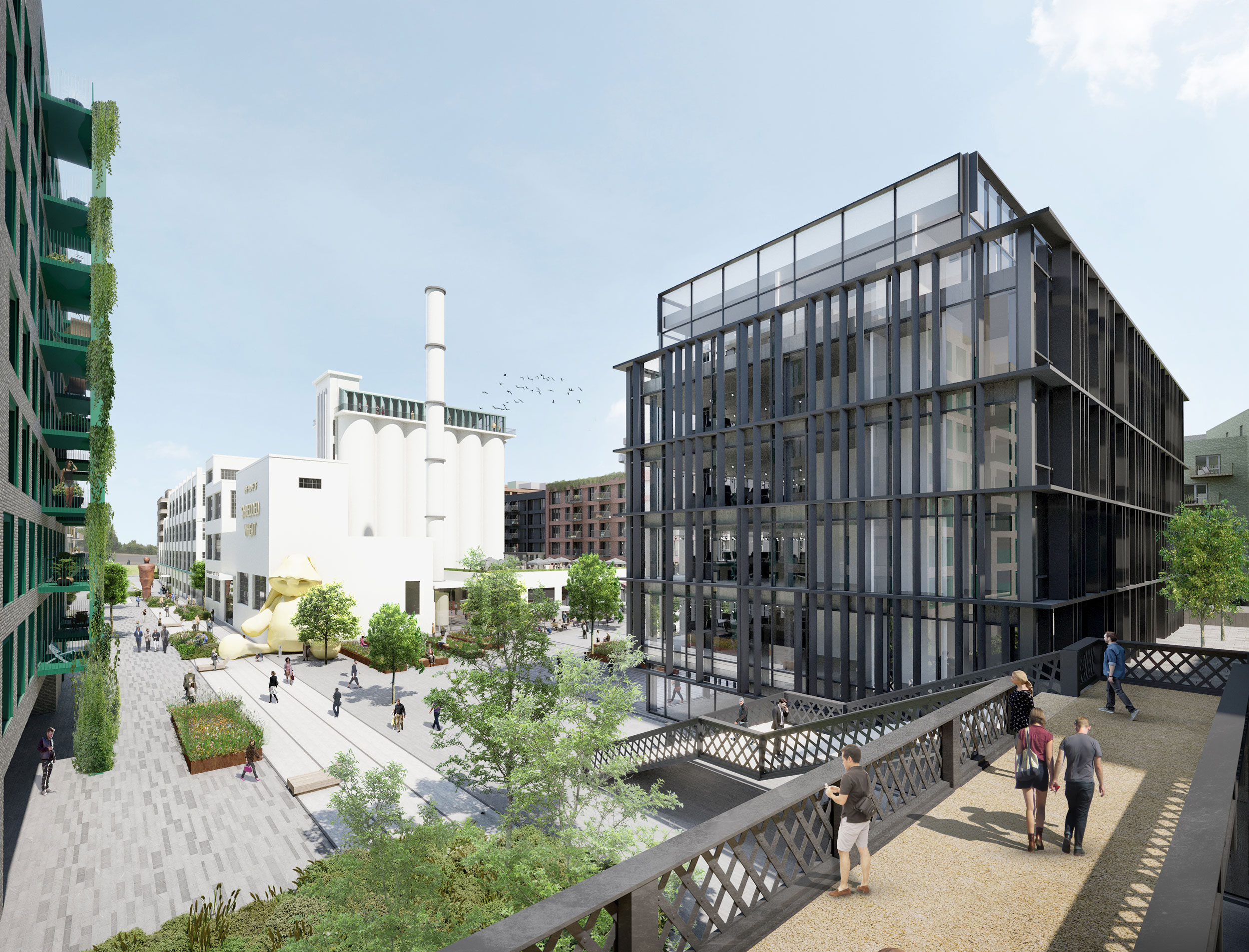 For the first time ever Peregrine Falcons have bred in Welwyn Garden City town centre.

John West on behalf of Wheat Quarter the site owners said: “There has always been so much interest in the Peregrine Falcons, we’ve been delighted to support the Wildlife Conservation Partnership and their successful efforts to support the breeding.”

This iconic and beautiful bird of prey, the fastest bird on earth, having declined dramatically in Britain in the middle of the 20th Century, has recovered and has in recent decades become a feature of many urban landscapes throughout the country. Originally a bird of remote mountains and coastal cliffs Peregrines have become more widespread, inhabiting tall tower blocks and cathedral-type buildings in many of our cities and towns.

The former, now vacant and imposing Shredded Wheat silos, a prominent sight to many a resident and rail traveller, immediately adjacent to Welwyn Garden City railway station, has attracted Peregrines intermittently over the past seven years. In the spring of 2014 a pair was seen regularly on the factory’s high level walkways. With the plentiful supply of prey items such as feral pigeons there was clearly good reason for them to show signs of an attempt to breed there.

Plans to demolish some of the factory buildings and part of the silos led to the owners commissioning the Hertfordshire based, Wildlife Conservation Partnership to devise a mitigation strategy for the birds. This involved the design of a high pylon-type tower with a nest box and integral tray fitted on the top which would accommodate the birds nearby whilst the works were in progress.  The tower was successfully erected on an adjacent site in February 2015 and although the peregrines had been photographed using the tower nest box for roosting, when opportunities arose they continued to frequent their old haunt on the silos.  As had been agreed with the Council, the tower was removed in 2018 after the demolition work had been completed.

Following the demolition work and removal of the nearby nest tower, the remaining silos, built in 1928 and designated as ‘listed buildings’, once again saw a pair of Peregrines frequenting the high-level ledges in the spring of 2019. Although the birds appeared to ‘go through the motions’ of breeding in 2019 it was considered one of these was a very immature bird and breeding did not occur. Colin Shawyer of the Wildlife Conservation Partnership and local ornithologist and colleague, Barry Trevis, closely monitored the behaviour of this pair in order to advise the owners on the likelihood of their imminent breeding at the site. In the early part of 2020 the Peregrine pair had returned.

With the prospect of work on the conversion and refurbishment work not immediately commencing on that part of the development site, Wheat Quarter supported the recommendation of Barry and Colin to install a shingle-filled nesting tray at high level in the hope the birds would take to this and breed successfully.

The nest tray was fitted in early March this year and the birds took to it straight away, creating a nesting scrape in the shingle within days. Regular mating was observed and eggs were laid in early April. Monitoring continued and three chicks hatched in mid-May. Prey items, mainly in the form of pigeons, could be seen being brought to the nest by the adult Peregrines.

After three weeks they were ringed by Barry and a colleague, both licensed bird ringers. Ringing enables the monitoring of breeding success, survival and the dispersal/movements of the birds. Although it was known that Peregrines had recently bred at two other sites in the county, this was the first ever ringing of this species in Hertfordshire!

Throughout June the chicks were seen moving away from the nest itself and towards the end of the month could be observed taking short flights and begging for food from their parents. They have since fledged from the nest completely but remain in the vicinity and can often be seen flying high over The Wheat Quarter while honing their hunting skills.

It is likely the young birds will disperse away from the area in the autumn and the Peregrine pair will return to breed again in spring next year. The Wheat Quarter team and the Wildlife Conservation Partnership are delighted with their successful collaboration to date and both look forward to seeing the Peregrines grace the skies above Welwyn Garden City for many years to come.